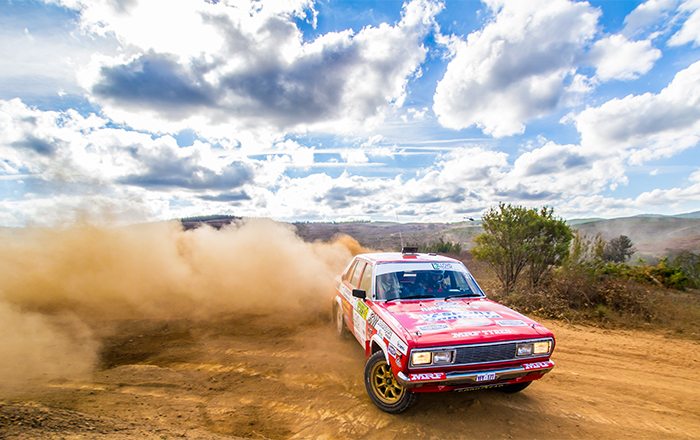 Most Club members would know that local rallying identities, Michael and Thomas Barrett regularly service for teams in the Asia Pacific Rally Championship. It is not uncommon to call in to their workshop to find that one of them is in Japan, China or India for a fortnight. Thomas was recently in Malaysia for the third round of the 2017 the Asia Pacific Rally Championship. Thomas was once again servicing for the MRF Skoda Rally Team.

The extreme heat and humidity for the open day of the rally at the Tai Tak Plantation was a challenge for both international, as well as local drivers. Friday’s heavy downpour in parts of Johor, coupled with the hot weather, provided a muddy terrain, making it a very challenging rally for most participants.

Thomas and the team of mechanics worked to repair Ole Christian Veiby’s car after he went off a couple of times and dented both sides of the car. They also repaired reigning APRC champion Gaurav Gill’s car after he hit a tree stump which badly damaged the steering. The event was successful the MRF team with a 1 – 2 finish with Veiby once again beating home his team mate, Gill.

The next round of the Asia Pacific Rally Championship will be held in Japan in September. It will be Michael’s turn to work the spanners in the service park.